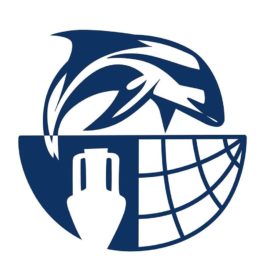 Dr. Keiron Graser of the University of Plymouth.Keiron Graser has worked as a professional scientific diver since 1998 when he joined the British Antarctic Survey as a Marine Biologist. He has dived extensively in the Antarctic in both summer and winter expeditions and out of polar bases and research vessels. Keiron worked for BAS for 10 years as a Marine Biologist in both the Antarctic and Arctic and managed their diving operations. Since departing BAS he has dived in many areas of the World and is currently the Academic Diving Manager at the University of Plymouth, where he is training the next generation of the UK’s diving scientists, as well as carrying out research and teaching marine biology.

Dr. Ralph-Walter Müller of the University of Stuttgart. Since 2008, Ralph Walter Mueller has been the Managing Director of the Faculty of Energy, Process and Biotechnology at the University of Stuttgart. A geologist by degree, he started his scientific career underwater in 1994 with his diploma thesis “Distribution of benthic communities in reef caves in relation to light level”, which was carried out on Lizard Island, Australia. He is also the representative from the University of Stuttgart for the Bologna Process which is the series of ministerial meetings and agreements between European countries to ensure comparability in the standards and quality of higher-education qualifications. Additionnaly, he works as a CMAS Scientific Diving Instructor is the co-founder and co-director of the university’s scientific diving group “WiTUS” and organizer of the 1st European Conference on Scientific Diving in Stuttgart in 2015.

You may watch the video recording of the webinar below:

December 9, 2020
We use cookies to ensure the best experience on our website. If you continue to use this site we will assume that you are happy with it.Ok